The MPS Sensor: The First Flammable Gas Sensor You Can Count On

The next generation of combustible gas detectors is here, providing unprecedented accuracy, reliability and safety for workers. Blackline Safety and NevadaNano have partnered to bring the MPSTM Flammable Gas Sensor to Blackline’s G7 line of connected safety monitors. The MPS sensor is the first innovation in combustible gas monitors in four decades and will transform the way you monitor your employees’ environments for unsafe levels of combustible gas.

With G7 and MPS, workers will no longer have to second-guess the readings of their combustible gas sensors due to calibration for one gas and exposure to another. They’ll also never face the risk of poisoned sensors. The MPS flammable gas sensor is the solution to the shortcomings of traditional lower explosive limit (LEL) sensors, such as false alarms, inaccurate readings and limited capacity to accurately detect multiple gases. Unlike conventional LEL gas detectors, the MPS sensor detects a dozen combustible gases in any environment. 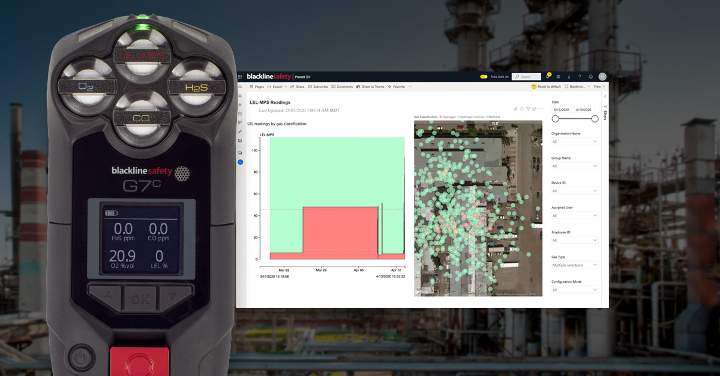 Additional built-in features of the sensor include:

A DOZEN GASES WITH NO NEED FOR A CORRECTION FACTOR

The two conventional options for gas sensors — pellistor and non-dispersive infrared (NDIR) sensors — are calibrated to accurately measure a single gas at a time, which results in higher or lower readings when they are exposed to other gases. This leads to false alarms and inaccurate readings that compromise safety and may require workers to change calibration factors depending on expected gases they’ll face on any given day.

The MPS Flammable Gas Sensor detects gas mixtures as accurately as it detects a single gas. It even classifies gas mixtures into one of six categories based on hyrdrocarbon molecule size and whether hydrogen is present. The result is a true complete answer and exceptional visibility into the safety of the work environment and the confidence of your workers.

The MPS sensor has the industry’s most accurate, linear response for a dozen of the most common combustible gases, including: 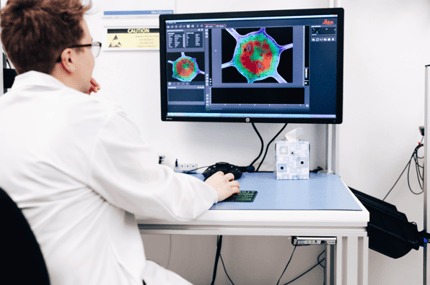 MPS takes detection to the next level. When a worker goes into a building and moves from area to area, the MPS sensor classifies every gas reading into one of six classifications and streams them to the Blackline Safety Cloud.

Combined with location technology built into every connected G7 detector, this information powers Blackline’s leading data analytics software, providing insights into your operations that were previously hidden. You are able to see if hydrogen is present in one area of your facility where it historically wasn’t before. If something’s leaking in the area, is it coming from your feedstock or a cracking output gas?

A SEAMLESS FIT INTO YOUR SAFETY PROGRAM

Your company can start taking advantage of the safety and accuracy of this cutting-edge technology right away. Users of traditional LEL detectors do not have to be retrained, so you can quickly and easily integrate the MPS sensor into your company’s existing safety program.

Conventional sensors can be compromised when they are exposed to certain substances. Even a substance as seemingly benign as lotion or soap can render traditional sensors useless without warning.

Firefighters, for example, who rely on LEL gas sensors in combustible environments, may unknowingly compromise their catalytic bead sensors after a task as routine as washing and waxing a firetruck. Particles of wax released into the air can coat the sensor’s gas-detecting beads with silicone. This leaves the sensors blind. Without frequent validation or bump tests, the firefighters will be unaware that their sensors have left them vulnerable. Even someone applying hand lotion in the same room as a conventional sensor can be enough to kill it. 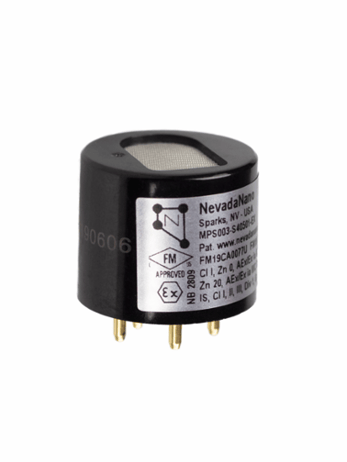 As the MPS sensor is poison immune — this is one of the ways the MPS sensor is truly transforming safety on the job. Because the MPS Flammable Gas Sensor relies on a measurement of thermodynamic properties instead of a chemical reaction as traditional sensors do, it’s virtually impossible to poison it. The surfaces of the sensor are inert, and no chemicals have rendered it useless through extensive testing. The MPS sensor is also fail-safe which means if something does go wrong, it will alert the user instead of allowing them to unknowingly be exposed to a hazardous environment.

Non-dispersive infrared (NDIR) sensors, which use measurements of specific wavelengths in the air to calculate the concentration of a specific gas, can frequently give false alarms. When a worker moves from a cold outdoor environment into a warm building, for example, an NDIR sensor will indicate a dangerous environment when there is none. In reality, the sensor has simply responded to condensation caused by the change in environment. False alarms are more than just inconvenient interruptions, because when they occur frequently — they modify worker behavior. Workers may become indirectly trained to ignore alarms or even turn off or remove their devices.

The reliability of the MPS sensor virtually eliminates the danger of false-positive alarms and even has internal diagnostics that automatically detect issues with the sensor itself. You can repeatedly count on the MPS sensor over its lifetime of over five years.

Equipping our G7 gas detector with the MPS Flammable Gas Sensor, the benefits to your company go beyond gas detection in the field. As with all Blackline Safety’s solutions, the data generated by the MPS sensor — including classifications — is automatically uploaded to the Blackline Cloud and available for interactive visualization in Blackline Analytics software. Our new LEL-MPS Readings report automatically compiles all your data and provides easy tools that help you visualize exposure and classification data.

Our customers can take safety a step further with Blackline Vision, our data science division that can help you glean further insights from the data that this sensor and all other Blackline products provide. Our expert data scientists can work with you explore and expand your data visualization, reporting and integration needs. They’ll work with you to not only keep your workers safer than ever, but also can help improve productivity and efficiency across your entire team and worksite. The combination of Blackline Vision and the MPS sensor gives you an unprecedented view into your safety programs and operations. 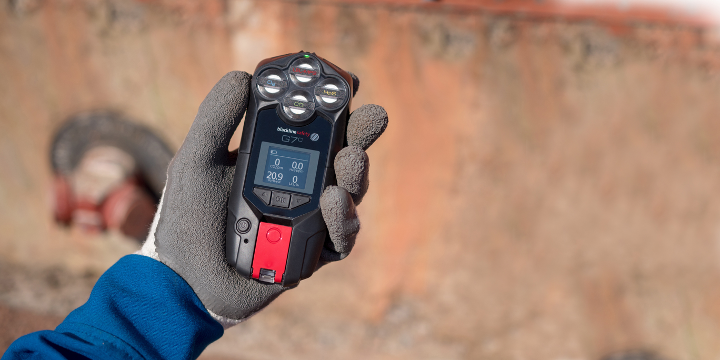 The MPS sensor is an entirely new form of technology that can revolutionize how your organization is monitoring for combustible gases. The sensors are certified internationally for use in hazardous environments, so no matter where your workers are located, you’ll have new visibility into their safety.

Learn more about the MPS sensor by contacting us or visiting our website.